What is processing of waste oil?

“Too much butter won`t spoil a porridge, said the tractor driver, pouring off wastes on the buckwheat field”.

We incessantly speak about a negative environmental impact of production and transportation of crude oil. It leads to soil degradation, pollution of the atmosphere and water resources. These problems are constantly discussed, some steps are being taken to solve them, but often the conventional motor oils and lubricants are overlooked, meanwhile people daily create thousands of liters of waste oil.

WHAT IS WASTE OIL?

Mineral, semi-synthetic or synthetic oils which are contaminated by physical and/or chemical impurity belong to waste oils. Depending on the application and operating environment, the oil gets dirty or deteriorates its properties, after which it becomes unsuitable for further use. There are a lot of waste oil sources, including simple consumers, car repair shops, various factories and power plants.

The waste motor oils and lubricant in vehicles:

Facts about the using of oils

World annual consumption of oils grows annually, in 2015 it was about 45 000 000 tons and only about 50% (that is, about 22 000 000 tons) of used oil is systematically collected all over the world. The rest is uncontrollably merged, combust or used by other incorrect methods. 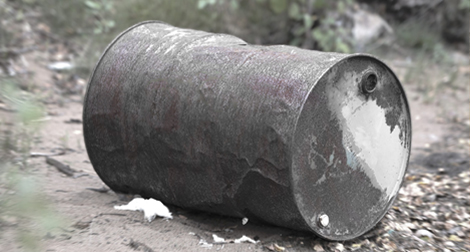 The dangerous of a waste oil.

Waste oil is classified as a hazardous waste of Class 2 or 3 (highly hazardous or moderately hazardous) and is controlled by the Basel Convention on the Control of Transboundary Movements of Hazardous Wastes and their Disposal.

Waste oil poses in itself serious environmental hazard and for human health. It is more dangerous than crude oil as it contains the additives changed during operation, polyolefins, pitches, asphaltenes, mechanical impurity, and other pollutants.

• It pollutes water resources and soil;
• It has a carcinogenic, mutagenic effect and affects reproductive functions.

1 LITER of waste oil during draining IN WATER POLLUTES 1 million LITERS OF WATER!

What happens with normal wasted oil after it was already used?

Some part of oil (including a part of crude oil which got to the ocean as a result of accidents) is just burned. Some part is recycled as hazardous waste. And most of the waste oil just discharged into the sewer, drainage system or water, polluting the water we drink and the land on which we grow food.

Some of the waste oil is processed. If it was drained properly, it can be collected, processed and then reused. In Ukraine, unfortunately, a very small percentage of used oils become processed. According to some estimates, it ranges from 3% to 20%.

When a small child is playing in a swamp, he gets dirty; his clothes get polluted in the ground, fertilizers, pesticides and everything that is contained in it. Also regular use of oil leads to pollution of the soil, water, various chemicals, metal shaving and various impurities gets to it. Oil refining is like washing or taking a bath. By using different processes with waste oil contaminants are removed, so that it can be reused again and again. Because oil does not wear out, it just gets dirty during operation. 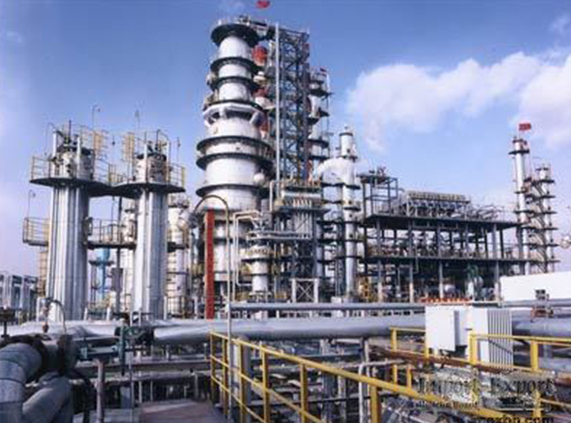 The idea of recycling used lubricants appeared in 1930. However, waste oil recycling started only about forty years ago. At first they were simply combusted for obtaining energy, then, after the beginning of the cleaning method application, they started to be added to the fresh oil. Recycling of oil could be understood as several ways of cleaning.

Combustion of the waste oil without preliminary cleaning.

When burning unrefined waste oil, its combustion products can be very dangerous to humans and the environment. Such way of processing is allowed only in that case when the waste oil and the equipment on which utilization is carried out conforms to requirements of technical, standard and legal acts. In this case, special licenses may be required, sampling, determination of the composition of emissions into the atmosphere.

Processing for receiving of a fuel.

The essence of a method consists in producing of ready liquid fuel with the low maintenance of the main deposit and low content of water which won’t hammer a torch, pipes or to lead to accumulation of a deposit in tanks. Thus, this process requires a filtration and removal of gross solids that may be hazardous to the environment or cause problems when used. Types of treatment include physical processes, such as sedimentation and filtration. Unfortunately, by it selves these processes do not allow removing all chemical contaminants, it is necessary to use other types of purification, such as purification of bleaching clay and distillation.

Restoring on the place of use

In this case, the system of filtration to the removal of impurity directly on the place of use of oil is applying, thus, the term of her service prolongs. This method is useful for factories or other large enterprises that produce a large amount of waste oil.

Recycling at the refinery

Used oil is used in the process of oil refining for the production of gasoline.

Many methods of regenerating oil for reuse have been developed. The regeneration process typically includes, but is not limited to, pre-heat treatment or filtration, followed by vacuum distillation and chemical treatment by hydro treating. The obtained product practically does not differ from products obtained from crude oil. Regeneration prolongs oil life indefinitely, making the process better from an environmental and economic point of view. The regeneration of oil requires 70% less energy than to produce it from crude oil.

FOR RECEIVING 1 litre of lubricant materials USED 67,2 litres of crude oil or 1,6 litres of used oil!

What to do with the used oil?

What NOT TO DO with used oils